I am a highly astute, multi skilled and experienced professional
photographer, business manager and entrepreneur with over 30 years’
experience providing photography solutions to a wide array of clientele.
I own and manage Jade Photography which I started in 2001. The
company has grown from a one person business to a renowned brand
with reputable clients that have included Mnet, Bill Gates Foundation,
SABC 1, ETV, Dhalmini Wiel & Associates, Gauteng Provincial Legislature,
Siemens, Audi, Anglo Gold, Cosmopolitan Magazine, Vodacom and MTN 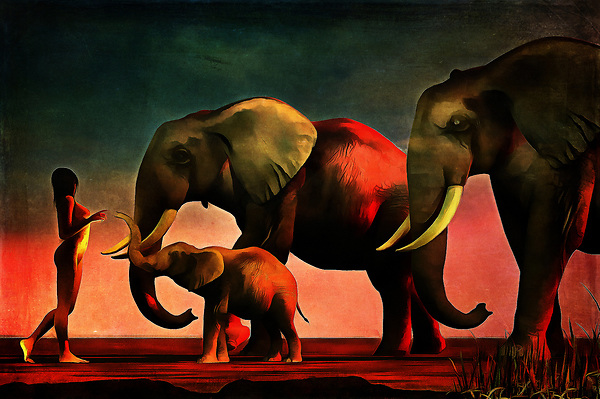 A family of elephants is engaged in some sort of conference with a woman along the plains. The woman is fully nude, yet we know she walks and stands with staggering confidence. She is comfortable in her skin. She is speaking with a family of elephants. The parents seem to be a little wary, and who can blame them? For the moment, they seem content. The baby elephant is eager to meet with the woman. It is eager to make a new friend. This powerful scene is available as wall art, t-shirts, or as interior home décor products. (Jan Keteleer) 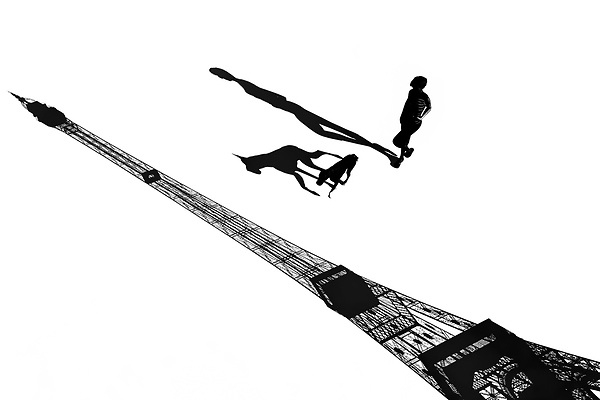 This stunning orthochromatic piece brings to mind the stirring images of France and youth. This piece combines the Effiel Tower with that of a young girl. The attention to detail here is astonishing, and yet this is one of the most unique depictions of a French icon to be found anywhere. This is a wonderful fine art example that can be established in virtually any space you please. Whether you dream of visiting Paris, or want to go back again someday, this piece is going take you there. This is also a great piece for anyone who believes themselves to be young at heart. (Jan Keteleer) 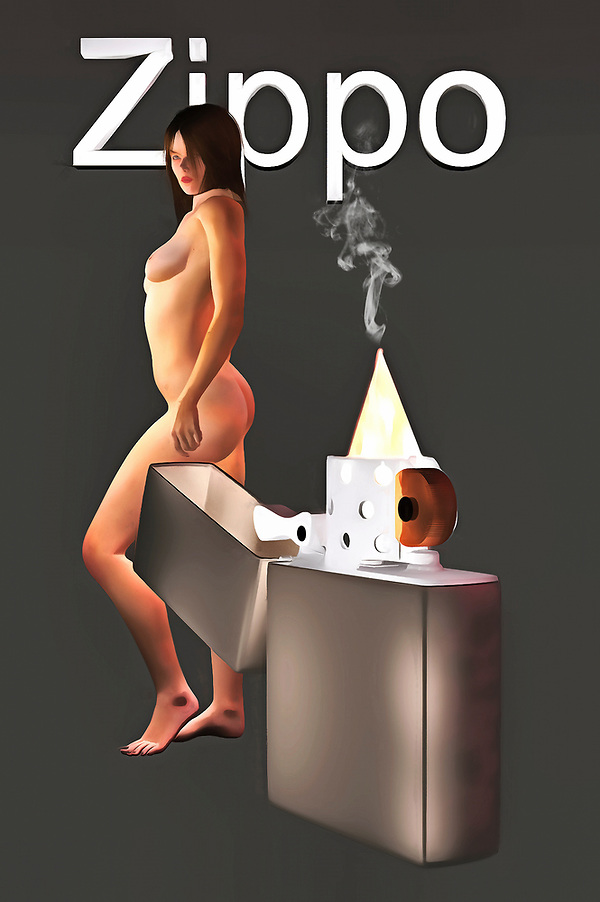 Early Texaco gas pumps featured iconic imagery and colors. You can bring those colors back to striking life with this impressive fine art piece. As a provocative contrast to the gas pump, we can see a nude woman facing away from us. Her nude backside is combined with a demure pose, and we can only imagine what might be happening in this compelling, unique piece. This is an excellent example of pop art, and it can make for a welcome addition to just about any room or space you can imagine. There is a unique energy to this piece that makes it very appealing. The animals that I photograph all have something to say. Their thoughts and feelings can be seen through the expressions on their face and the posture of their bodys. I enjoy capturing moments in their lives and sharing those moments with others. I also enjoy capturing the beauty of our landscapes and cityscapes that we live in. We often need to be reminded of the beauty that surround us in this stressful and hurried world, and I hope to encourage others to slow down and remember how lucky we are to have this physical life to enjoy.

Photographer Nichole Palmateer enjoys capturing the essence of this world’s beauty and the creatures that roam it. Based in Southern Oregon, Nichole travels throughout the northwest visiting some of the most beautiful areas that host nature in its purest form. She also offers portrait photography – specificallly weddings, graduations and special events.

I felt totally in love with America.

My name is Inge Zuelich. I grew up in Midwestern Germany.

I’ve always been an adventurous person. My first time travelling without my parents was a backpackers trip through Central America. Three month in countries so different from everything that I knew and everything that my world had been before. This trip opened my eyes to the beauty of the world; a beauty that is sometimes mind-blowing and obvious; sometimes it is, where it is least expected and easily overseen.
In Nicaragua, a poor and unstable country, I found wonderful friendly and welcoming people. The curious, enthusiastic niños de la calle conquered my heart in no time. They owned barely anything but the sparkle in their eyes made me wonder, how they could be so happy.
In Guatemala I enjoyed lakes and waterfalls surrounded by the incredible rain forest. Exploring the jungle, always watching out for animals, insects and reptiles; climbing ancient Maya Temples and getting lost somewhere behind a volcano; swimming with tropical fish in the Caribbean ocean: I had found my elements!
[hana-code-insert name=’Foto 6′ /]
I felt totally in love with central America. Over the years I came back many times: for a 6 month internship in Mexico, a volunteer job in a Costa Rican zoo, scuba diving in Belize.

Each time I brought a better camera to capture all the wonders that I found on my way. Most of the cameras suffered damage on the trips, but that was only a good reason to get a new one.

In 2008 I moved from a sweet south-German town to New York City to explore city life far away from home. I discovered a jungle of a very different kind, and I’m still exploring the specialities of this energetic multi-culture melting pot.
To my surprise traveling in the States is also very worthwhile. Whether in the desert in Arizona, the Outer Banks of North Carolina, Key West or icy Minnesota, mother nature’s variety seems endless and I can’t stop exploring and admiring it.

My photographic interest can be described as ‘Picturing the Americas’. It is a mixture of Landscape, Editorial, People, Wildlife photography and not limited to these categories. I am enjoying the New World and capturing the moment, the beauty and astonishment.

I was born in Leningrad, USSR, and still live here, but now it’s St. Petersburg, Russia. I began working as a photographer in the 20th century, and soon I was shooting for a wide variety of magazines and newspapers. In 1994, I began to work for international clients. From 1996-2004, I was a staff photographer at the English- language newspaper, The St.Petersburg Times. I did photography projects for the Ford Foundation in 1999, for NPN worldwide in 2003-2007, the Adam Smith Conference from 2000-2013, and for Nokian Tyres in 2010-2012.

I have done exhibitions:  Prague, ”Ten Years After” in 1999; in St. Petersburg, “Faces of The Times” in 2002; and “Exhibition of One Day in the Hermitage Museum” in 2003. I also participated in the exhibition in the St.Petersburg Manege, “Melodia e passione Mediterranea” in 2011. I was awarded the Grand Prix of “Photographer of the Year, 2002″ contest in St. Petersburg.

Who cares about the past? Now I am a freelancer and I successfully work with my Scandinavian neighbors, such as the biggest newspaper in Finland, Helsingin Sanomat, the business weekly; Talouselama; and Dagbladet in Norway. I also work with The Guardian, and the Daily Telegraph in Great Britain, as well as Adam Smith conferences, and others. In the USA, I’ve been published in The New York Times, The Baltimore Sun, Chicago Tribune, and others. Despite all these achievements, I do not rest on my laurels and I am always looking for new and interesting projects.

Like to publish pictures of Norwegian nature and sports like skiing and mountaineering. Always bring the camera with me to make some nice shoots of activity and nature. People in action is always fun!